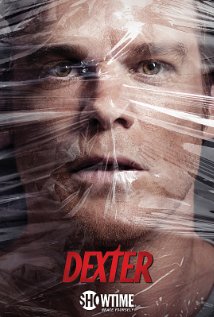 With most of the decent new shows on their fall break I wanted something to keep me occupied for a few weeks as well as something I could check off of my “OMG YOU HAVE TO SEE THIS SERIES!!!” list. I asked around and I found that the one that fit me best would be Dexter and at 8 seasons long it was the perfect length.

In case you aren’t familiar the the premise of the show here it is from imdb.com “A Miami police forensics expert moonlights as a serial killer of criminals whom he believes have escaped justice.” though that barely does justice to the layers on the show. Michael C. Hall the lead in the show does a masterful job of portraying the twisted serial killer who is forced to put on a normal face every day to fit into society. Also fantastic is Julie Benz who plays Dexter’s girlfriend Rita and comes across as strong yet vulnerable, sexy yet conservative, understanding but tough and in just the 2 seasons I have seen so far has evolved significantly.

Available on Netflix and Amazon Prime Dexter is worth every bit of the hype it received during its run and is well worth the Daily Pick.