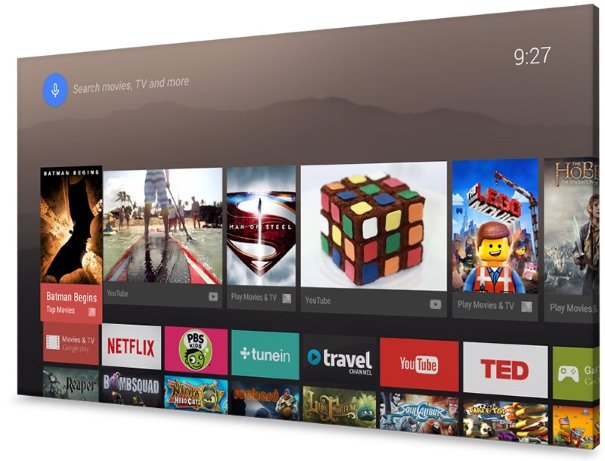 Man there has been a lot of news this week! The latest piece comes from Google’s annual Developer Conference where Google announced Android TV. I am initially skeptical about this device. Google has been in the streaming media business before with Google TV which got awful reviews and never really caught on. Google however is very successful right now with Google Chromecast which is a streaming media stick that is selling well but, like all streaming sticks has limited functionality.  If this device is built on the same Android platform as phones and tablets I am very skeptical. I have both an Android smart phone and an android tablet… both of which worked very well… for about a year. After that their performance continually degraded to the point where they are nearly unusable. As soon as iPhone 6 comes out I am switching back to iOS devices. If Android TV experiences these same sorts of performance issues, as well as being different on every device the way Android phones are I think this product could easily be a disaster. Having said that though I have not gotten very good performance from my Apple TV either so maybe there is some potential here for a brand people are more familiar with than Roku to pick up some good market share but as I said I am going to wait and see if I will be able to say if Android TV is good or if it will be just another flop like Google TV. Either way the more of these types of devices we get on the market the sooner we will end up with a better content delivery culture so in the end I wish Google the best of luck with this device.

Click Here to learn about other streaming devices and get pricing