Top 7 Devices And Services Every Cord Cutter Must Have

What Is Cord Cutting?

Cord cutting is the simple act of canceling your satellite services or your cable television service. Since 2009 this has been a growing trend and it’s only getting easier. When broadcast signals switched from the analog method to digital, people began to find ways around expensive satellite plans. Today, more households than ever before are cutting the cord.

Depending on where you live, you may be able to simply put up a television antenna. This is perhaps the most cost effective method to cut the cords and watch television for free. All you’ll have to invest is the cost of your antenna. The rest is free.
You’ll appreciate that there are no data caps, no fees for overages, if the Internet is out you’ll still have television and you’ll have stellar picture quality.

You’ll still be able to pause and record programs, set timers to record a show or series and skip the commercials. You’ll have to invest in a quality DVR with all of these capabilities but it’s a one-time investment and you won’t be stuck with monthly payments as you would if you had a “cord”.

Roku is an ideal device that you can use as a platform to access Netflix, Hulu, YouTube and more. They range in price from $50 upwards to a few hundred dollars. All you do is plug it into your television and connect it to your Internet.

Your initial investment will be the cost of the Roku unit and the cost of your monthly Internet bill. That’s it. It’s affordable, no monthly fees and you can watch virtually everything on it that you want. For many, this is a top pick and they find that they can watch just about everything that they want to watch off of this platform. As long as you’re subscribed to Netflix and Hulu and have this you can watch nearly everything you desire.

This subscription service is under $15 per month depending on the plan you get it may be even less expensive. It runs prime time programs and series and is a great way to affordably watch television.

Some of the plans allow you to watch a different program in another room. If you want to watch Hulu on two devices at one time you’re going to have to pay a bit more per month than if you’re only using it on one device at a time.

Netflix is similar to Hulu in that it offers you programming of various series and other shows. From sitcoms to serious movies you’re sure to find something to watch here. Netflix also runs off of the Internet so you’ll have the cost of Netflix per month (there are several plans to choose from starting at about $10.00 per month.

You’ll also have to pay the cost of the Internet. This is still far cheaper than having a cord to a satellite unit or cable. You’ll find all of your favorite programs here and be able to stay caught up.

Here you’ll be able to watch your favorite programming online. All you have to do is have a computer and the Internet. It’s that simple. Simply use their app or you can log into their website and enjoy your favorite shows.

Yes, in many cases this includes the local news and channels. As long as you have the Internet and an Internet-ready device you’re able to access this method of watching programs.

Many people turn to YouTube to watch “how to” videos. They also watch music videos on YouTube. Guess what, you can also watch many of your favorite sitcoms on YouTube as well as movies.

Again, all you need is a connection to the Internet and you’re in business. Ideal for travel and smartphones or tablets and you’ll save a lot of money by choosing this route.

Amazon offers up a unique way to watch movies. It’s kind of like pay per view. If you’re a member of Amazon Prime you can access a variety of programming that will allow you to stream movies and programs.

Join Amazon Prime and watch to your heart’s content. You’ll pay an annual fee of $99. After that, you only have to pay annually. Watch all the television programming you desire. You’ll also get all of the other perks of an Amazon Prime member such as 2-day shipping and a free music library.

Many people choose to mix and match two or more of the above in an effort to help control their budget and save money. Virtually everything you wish to watch is available in one of the above methods.

If you’re a sports enthusiast, be sure to check online for other options so that you won’t miss out on any of the great options out there.

You’ll save a lot of money over satellite or cable even if you do mix and match two or more of the above methods to watch television.

Now that you know all of the options out there you can look them over and choose the one that will work best for your needs. Take into account how often you’re going to be using your smartphone and tablet as well as your home television before you make your final selections.

By mixing and matching you’ll literally design your own television programming and enjoy it immensely. There’s always something good on television when you choose from these options. 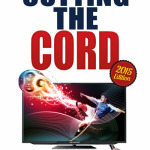