Redbox Instant Review: You have seen their familiar red kiosks everywhere from gas stations, to convenience stores, grocery stores… I even

saw one in a bank once. I am of course talking about Redbox the service that has quickly become the king of physical movie rental. What many people may not be aware of is that they offer a streaming media service; Redbox Instant review similar to Netflix… and it is one of the best deals on the market for movie rentals and streaming video.

One thing that I should clarify though is that Redbox Instant is a movie provider; they don’t have television series for the time being. That said for an $8 a month subscription you get access to their streaming library as well as 4 FREE physical DVD rentals every month. For $9 a month you get 4 free Blu-Ray rentals instead.

Redbox Instant has a very impressive selection of movies to choose from. From mainstream hits like The Avengers and The Expendables 2, independent films like Drinking Buddies, and older stuff like Real Genius (a favorite of mine). If I had one complaint about the selection it would be that it doesn’t update very often it seems like they have been featuring the same titles for the few months that I have had it with only a handful of newer releases being added. They don’t seem to add any older stuff to their catalog at a very good pace.

I think you are going to be hard pressed to find a better bargain for movie rentals on today’s market. For $8 you are getting 4 free physical rentals… so you can watch a new release every week for free, access to their entire streaming library and another feature I haven’t mentioned the ability to rent or buy much of what is available at the kiosk right to your computer or Roku for right around the same prices offered by their competitors Amazon, and M-GO. You can also rent DVD’s and Blu-Ray’s from their kiosk for less than $1.50 a day which is a great price for an evening’s entertainment. The only minor complaint about the pricing would be that it is another subscription cost instead of the holy grail of ala carte entertainment, but that small con is far outweighed by the pro’s of the pricing plan for this service.

Most movies are available in both HD and SD and picture and sound quality hasn’t had any issue that made me take not one way or the other, same for the sound quality which of course depends more upon your sound system than anything.

I really like Redbox Instant and think it is the hidden gem of the streaming media industry. While you don’t get quite as an extensive library as you do with Netflix, and TV series would be a nice addition but the 4 free rentals alone are worth the $8 a month in my estimation. Combine that with the ability to stream an impressive library of titles at no extra charge and rent/buy even more of them Redbox Instant really deserves a lot more attention than it is getting I and I strongly recommend that anyone that has decided to cut the cord take a shot at the 1 month free trial. I don’t think you will be disappointed.

EDIT: As of 10/7/2014 this service is no longer available. Redbox cited a lack of subscriptions making it difficult to compete with Netflix, Hulu+, and Amazon. 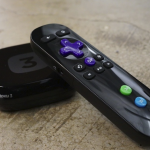