Crackle Review: My girlfriend and I are both political science graduates with a strong interest in stories of political intrigue. Recently she had expressed in the 2011 movie The Ides Of March so last night after she cooked me an amazing dinner we decided to check it out. 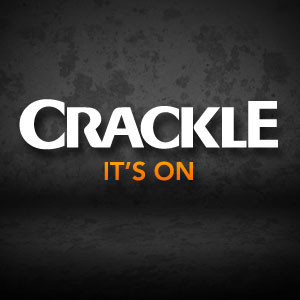 After firing up the Roku 3 and using its amazing search feature we found that the only service currently offering the movie for free was Crackle. This ended up being a two sided good thing because it gave me a chance to watch a good movie with my girlfriend and gave me a chance to review one of the great service: Crackle review which I have sparsely used until now.

Considering that Crackle is a totally free service the movie selection is quite good. Though they don’t have anything too recent but they have movies that are 2 – 3 years old and many older mainstream hit movies, enough to keep you busy if this were your only option and occasionally some things you won’t find on Netflix, Amazon, or Redbox. The TV selection is still pretty slim and while they have some big name selections like Seinfeld or Married With Children it is only select episodes and not the entire series… it kind of reminds me of those “Best of…” DVD sets that were released in the late 1990’s when studios weren’t totally sold on the idea of people watching TV show episodes back to back.

It’s totally free, not much more can be said about that. If you are looking for a free, legal place to watch some good films this is the place to look.

The picture quality doesn’t appear to be HD but still looks crisp for a free streaming service. Same with the sound everything is more than acceptable and doesn’t take away from the quality at all.

Some of us just aren’t willing to spend any money on our video entertainment, but still occasionally want a good movie to watch Crackle fills the void for that niche perfectly. Furthermore you will occasionally run into a situation where there is a specific movie you want to watch and your Roku search function will tell you that Crackle is the only free option available. The biggest downside to Crackle is the way it handles advertising. I understand it is a free service that wants to stay free and needs to pay the bills somehow so I don’t mind them having advertisements, but they seemingly put them in the video every time X amount of minutes have passed whether it is a logical break in the movie or not and it can be very jarring in the middle of an intense scene or piece of dialogue. Also they seem to have a limited selection of commercials so more than once during a commercial break they will play the same commercial three times in a row which is very annoying.

Since it is free I will mildly recommend the Crackle service and if they adjust the way they handle advertisements I can push this up to a full recommendation. If you have a Roku or other streaming media player you might as well take advantage of it though since there is little to nothing to lose.

Click Here to find out more about streaming media services 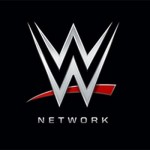